The view 630 feet above St. Louis from the top of its defining monument has changed after an immense, multi-year, $380-million renovation to the city's Gateway Arch National Park .

The 1965 Gateway Arch became a global architectural icon and helped cement Finnish-American architect Eero Saarinen's position as one of the masters of American mid-century design. The striking, modernist monument to the westward expansion of the United States is the world's tallest stainless steel arch, the tallest man-made monument in the United States, and even the Western Hemisphere.

The arch itself is unchanged. Its boldly simple, award-winning design, 630 feet high and 630 feet wide remains 'a symbolic bridge between (America's) East and West, past and future, engineering and art'.

Its legs are still firmly planted on the western bank of the Mississippi on the site where the city of St. Louis was founded in the 1700's. But the experience of visiting this emblematic transition to America's West has been transformed.

The re-imagined surrounding urban National Park reconnects the riverfront and Gateway Arch to St. Louis, and visitors to the momentous events the arch symbolizes.

Busy Highway I-44 used to separate the arch and the mighty Mississippi from the city (left, below). Parkland now bridges over the highway, leading visitors uninterrupted from downtown, to St. Louis' Old Courthouse and the new Arch visitor center and museum, and the arch on the river, all the way to the riverfront (right, below). 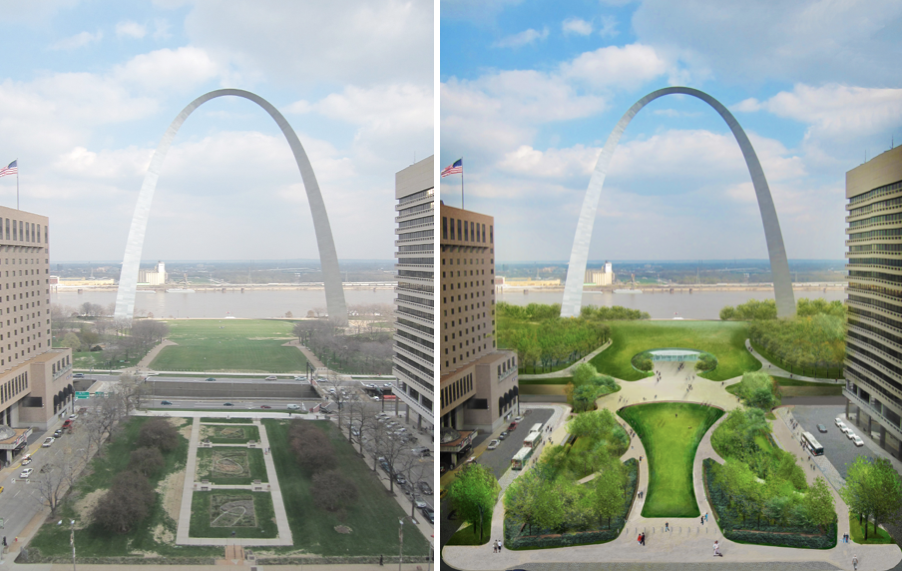 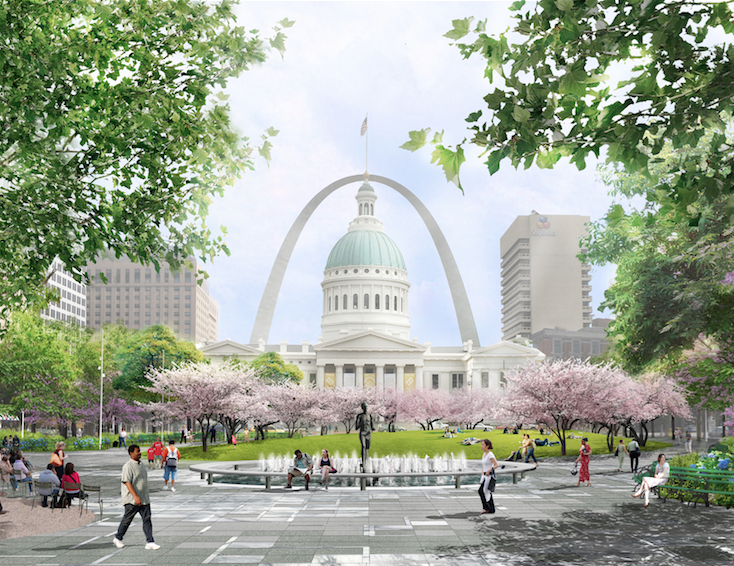 The Old Courthouse was the site of the infamous trials where slave Dred Scott and his wife unsuccessfully sued for their freedom. The ruling against them declared they were not citizens with the right to sue and contributed to the tensions leading up to the American Civil War.

The New Museum at the Gateway Arch completely replaces the original museum from the 1970's.

The View from the Top. The pair of trams in each leg of the Gateway Arch still takes visitors to a sloped observation deck at the top of the arch. From it, you can gaze over the river towards the East and Illinois, or West, over the park, the Old Courthouse, and the city of St. Louis.  If you don't take the tram ride, the new Keystone Exhibit allows visitors to experience the view via live webcam feeds from the observation deck.

The revitalized, over-the-highway park extends to the riverfront, with a plaza, miles of bike and walking paths and space for community events. 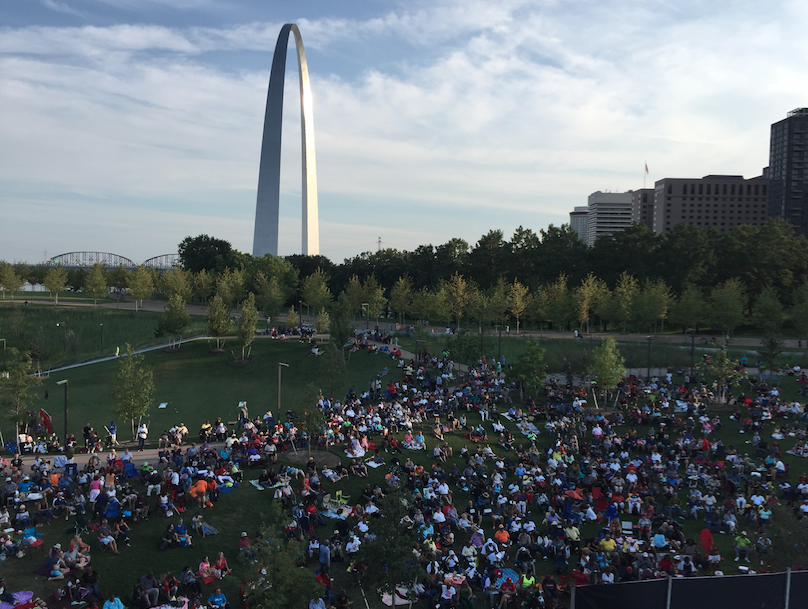 The re-opening of the park after years of closure for the renovations coincides with the return of one of America's biggest Fourth of July celebrations. Fair Saint Louis returns to the waterfront and Gateway Arch urban National Park with a series of events that celebrate America's birthday and the new experiences at this breathtaking national monument.

Copyright BestTrip.TV/Influence Entertainment Group Inc or Rights Holder. All rights reserved. You are welcome to share this material from this page, but it may not be published, broadcast, rewritten or redistributed.